A Great Longing Is Upon Us 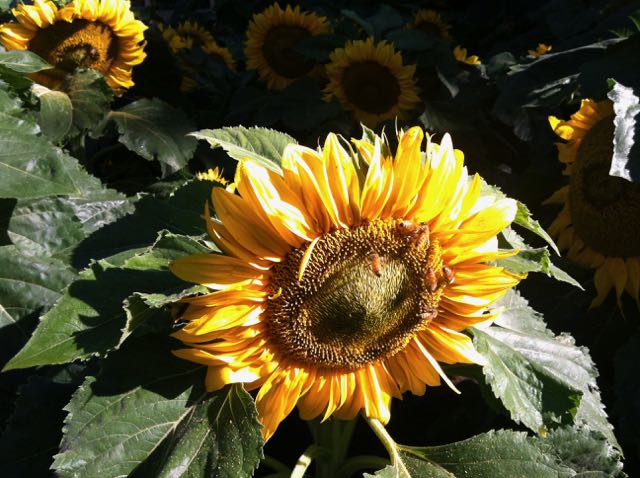 As a student at San Francisco State College in the 1960’s, I studied cultural Anthropology.   A “great longing” was upon me to find examples of other peoples that took better care of each other and the living world around them than the culture I lived within.  I managed to discover such examples, but it wasn’t until recently, through reading David Graeber’s book, “Debt, the First 5000 Years”, and Charles Eisenstein’s book, “Sacred Economics”, that I fully “grokked” how recent and aberrant the system we live under actually is.  Graeber, one of the original visionaries of the Occupy Movement, taught Anthropology at the London School of Economics, and his book reveals how no examples of indigenous, land based peoples using barter and trade and the “art of the deal” as the primary mode of exchange amongst each other have ever been found.  Instead, people who actually need each other to thrive in the place to which they belong live in “gift economies”, where the highest teachings of Nature are generosity and reciprocity.

Most mornings, my sweetie Deanna and I have been reading at breakfast to each other from “Braiding Sweetgrass”, by Robin Wall Kimmerer, an enrolled member of the Citizen Potowatomi Nation, and a professor of Environmental Biology.  Her book is a graceful blending of the traditional wisdom of her people, who were guided in their learning and behavior by the teachings of the plants and animals of the natural community of which they were a part, with the discoveries of western botanical science which are increasingly discovering and corroborating the core understanding of her people that “all flourishing is mutual.”  It’s in this book that we’ve read the clearest, most eloquent description of a traditional gift economy.

In a commodity culture such as ours, you buy something made or performed by someone you generally don’t know, item or service delivered, money paid, no further obligation, end of story.  By contrast, in a gift economy, everything, including who you are, is seen as a gift to be given.  However, every gift is not “free”.  It carries with it an evolving story, and the obligation to keep it moving so the medicine of the gift and its story can keep on finding the next place where its nourishing power can be most useful.   Hence, as Ms Kimmerer puts it, “A great longing is upon us, to live again in a world made of gifts.”

Part One:
A great longing is upon us, to live again in a world made of gifts.

Part Two:
Come back, sweet world where all flourishing is mutual.